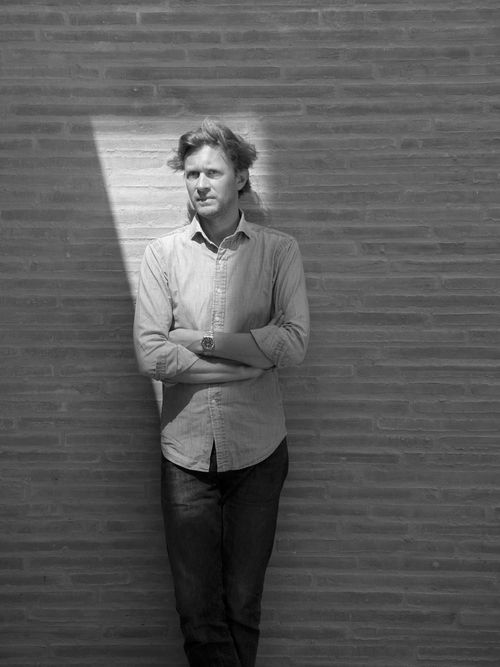 In 2011, Nicolas Schuybroek started his own practice based in Brussels, Belgium, with a well defined purpose: create and produce architecture, interiors and objects characterized by an acute sense of detail, craftsmanship and intuition, while retaining a feeling of warmth. The search for timeless minimalism and apparent simplicity are central in his work, as well as the love of unassuming, tactile and raw materials. There’s no straining for effect in his work—just a muted elegance.

The essence of his work is to conceive serene and pure, yet extremely warm and authentic spaces. While his architecture is often described as monastic and minimalistic, it is surprisingly sophisticated and it always has a soul.

His works explore a sharp vision of space and materials. Most people recognize Nicolas’ hand through his rigorous and contextual approach: embracing the essence of built forms, from the roughest construction to the smallest interior details.

Nicolas Schuybroek was listed in the top 100 designers by AD France multiple times since 2013. His work has been published and featured in a wide array of international publications as Wallpaper*, AD France, Elle Decor Italy, Netherlands and UK, RUM Magazine, How To Spent It, Arquitectura y Diseño, WSJ Magazine, Attitude Magazine...

As his practice develops, his projects are as diverse in geography and type as in scale. They range from renovations, new-builts and interior design of residential projects, offices, hotels, retail spaces to the design of objects. Examples of his projects include houses on the Cote d’Azur (France), Mexico City, the Robey hotel for Grupo Habita in Chicago (USA) and Tribu’s office and showroom in Belgium. They have demonstrated a considered approach to understanding each individual need, both in terms of exterior and interior architecture and design. In 2016, Nicolas Schuybroek developed a first series of objects for the Belgian brand when objects work presented at the Milan Furniture Fair. During Salone del Mobile 2022 in Milan, Nicolas Schuybroek has showcased a new series of objects for when objects work and premiered a Signature Kitchen for Obumex.

Currently, Nicolas Schuybroek is working on large-scale new-built houses, residential and art-related projects in Belgium, France, the Netherlands, the UAE, the USA, Taiwan, the UK, Canada and Indonesia.

A first monograph, covering a selection of projects of the first 10 years of practice, has been released by Hatje Cantz in November 2021. This illustrated book provides for the first time a wide-ranging look at our multifaceted work.

Nicolas Schuybroek was born in 1981 and raised in Brussels. Having been educated in English, French and Dutch-speaking schools, he is perfectly tri-lingual and is used to working in those three languages. His multicultural background and extensive travel nourish his work with a broad and international perspective.