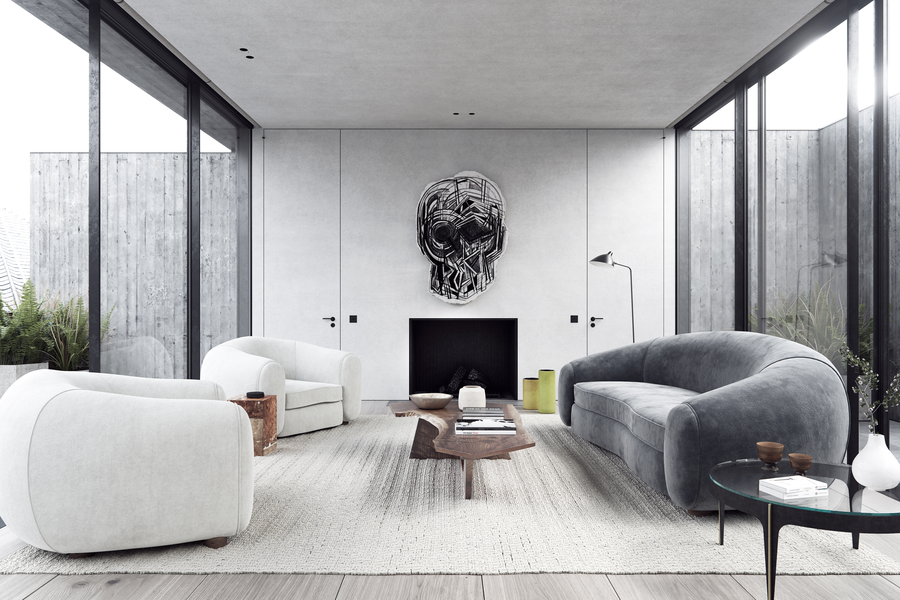 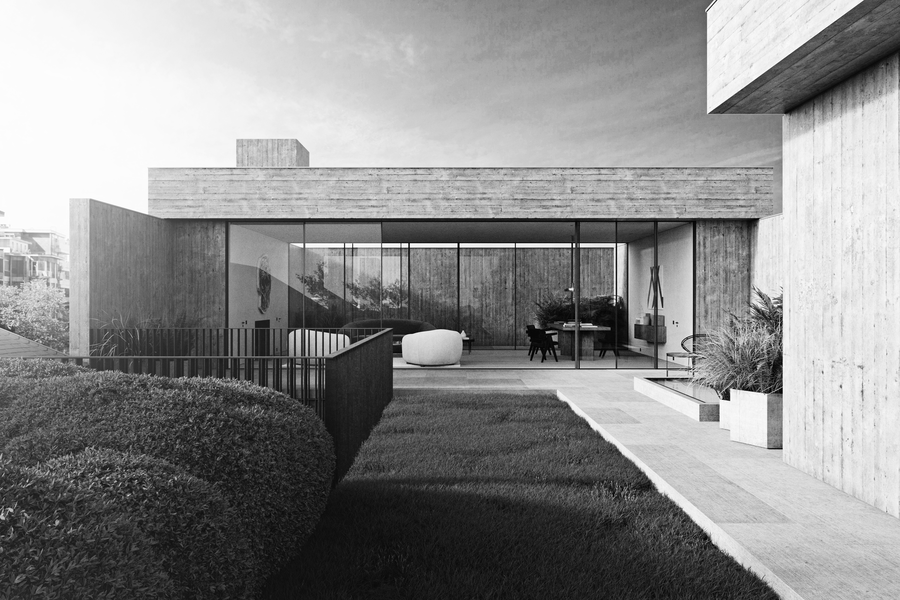 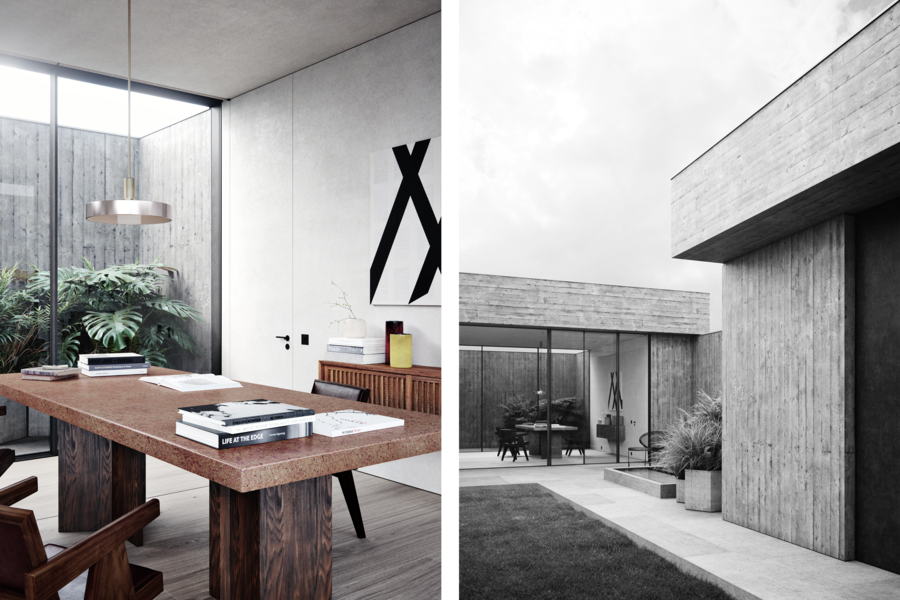 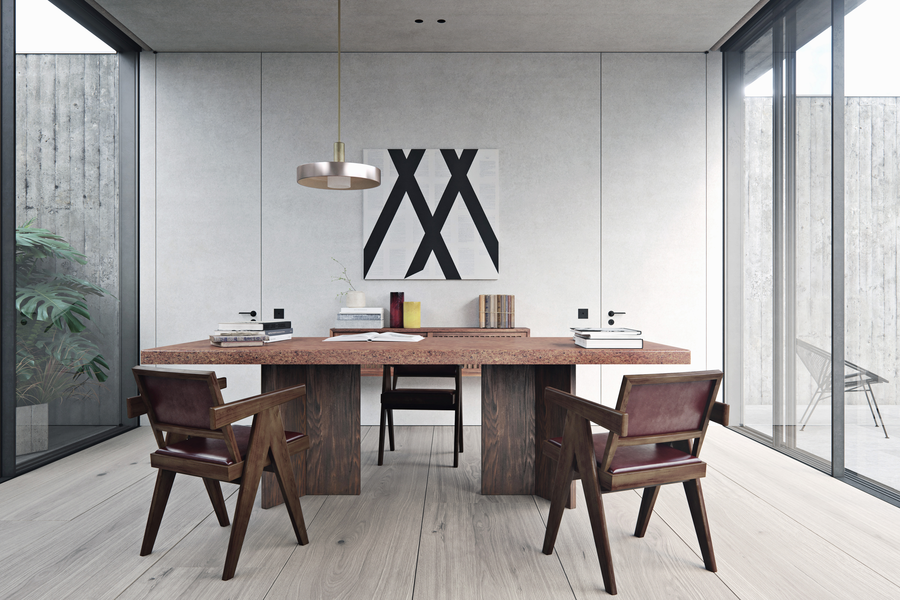 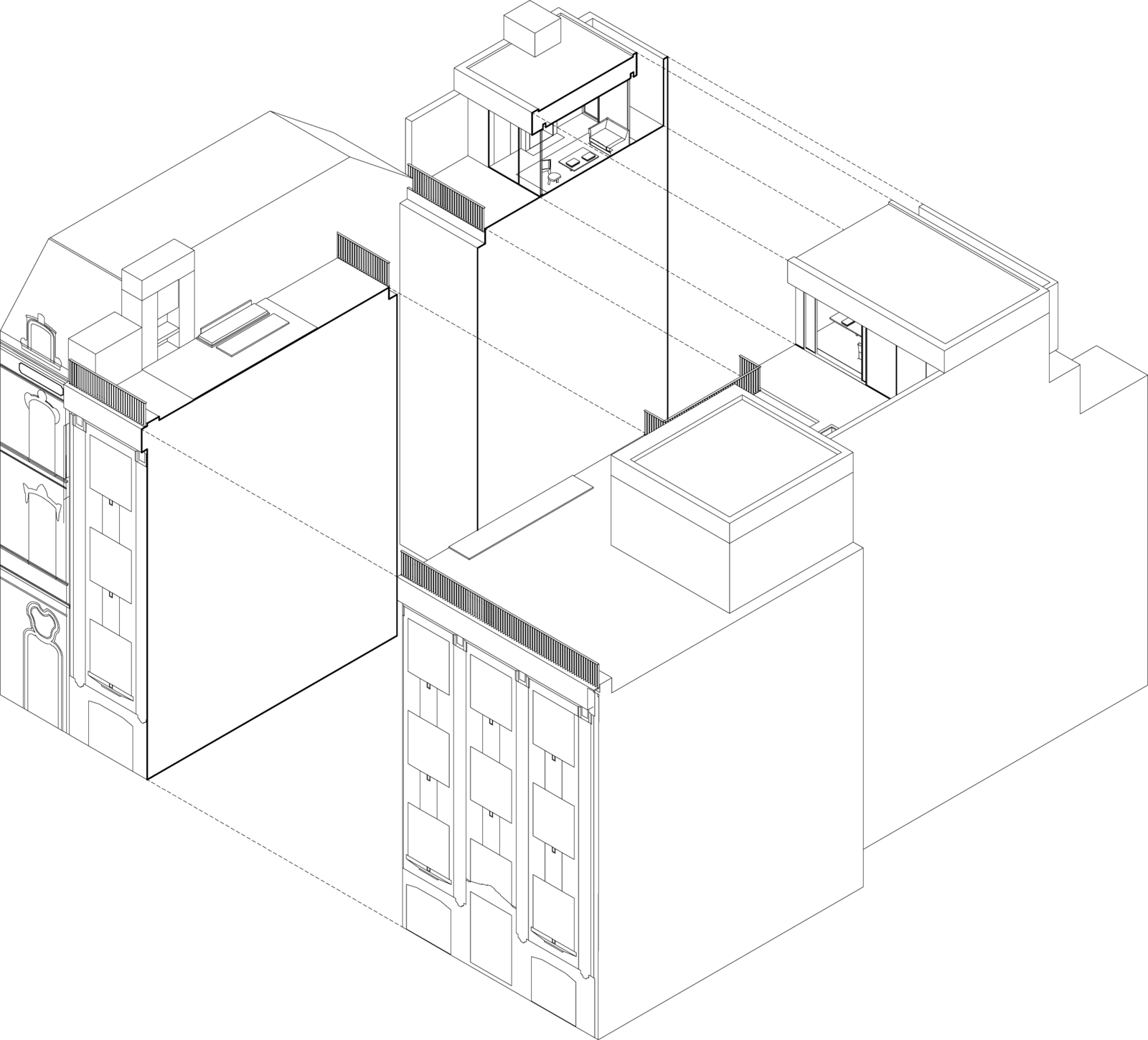 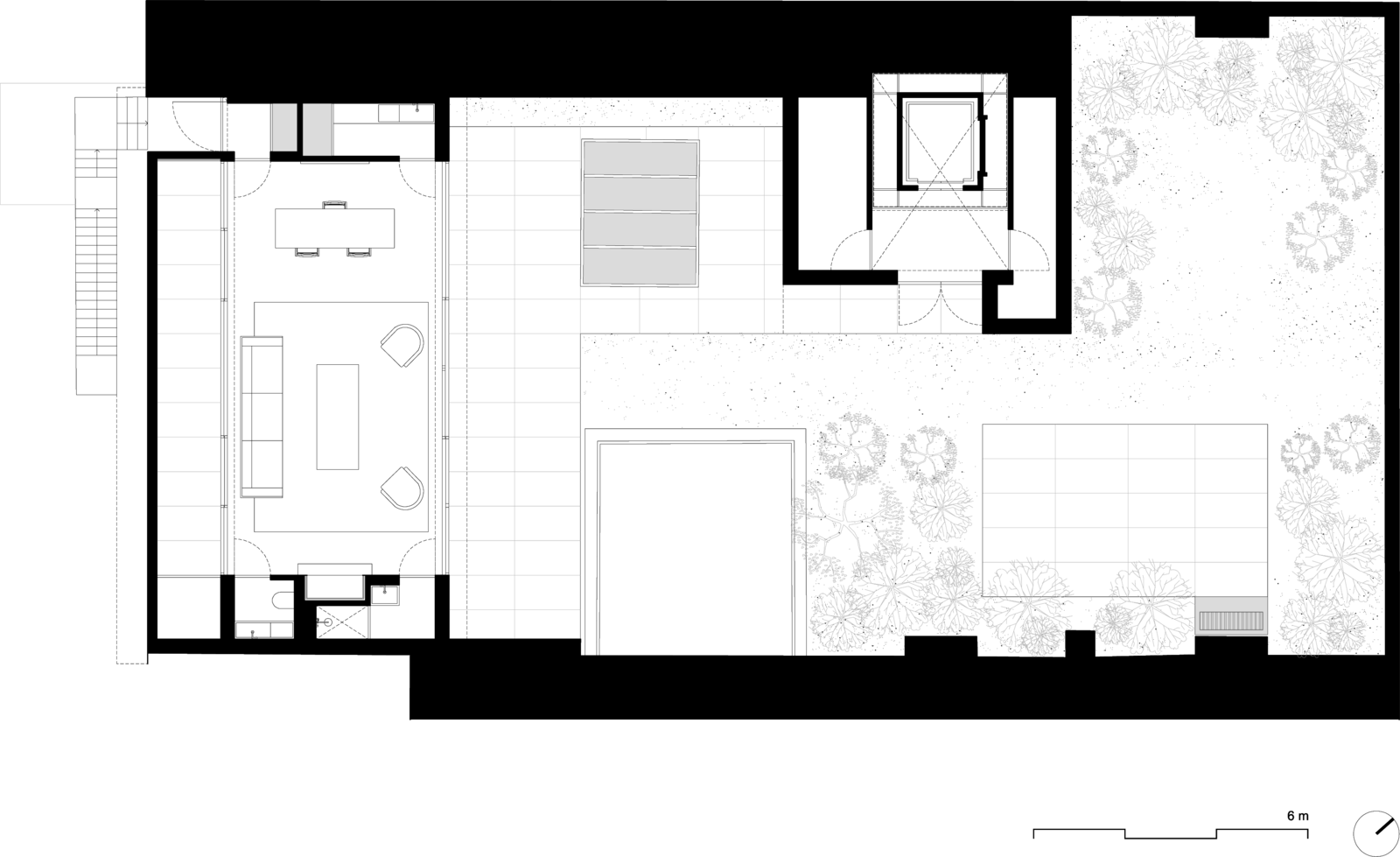 On top of an elegant and listed art-deco building from the late 1920’s, we were asked to create a secluded, meditative space and garden on the roof. A space that would be used as a urban retreat.

We envisioned a half open, raw space, at the back of the building which could barely be seen from the street: a space that would blend into the garden experience, as the rooftop garden would merge with the centuries old chestnut trees of the street. The space is closed off from the rear facade with a concrete wall, creating a narrow patio between the wall and the space itself.

The use of prefabricated, slatted concrete allowed us to create a raw but refined brutalist volume in contrast with the existing building materials and the typical art deco details. The interiors are characterized by a restrained amount of materials, including soft-cemented surfaces and wide oak floor planks. The result is a rectangular, serene, open space, carefully proportioned according to the ratio of the golden section.