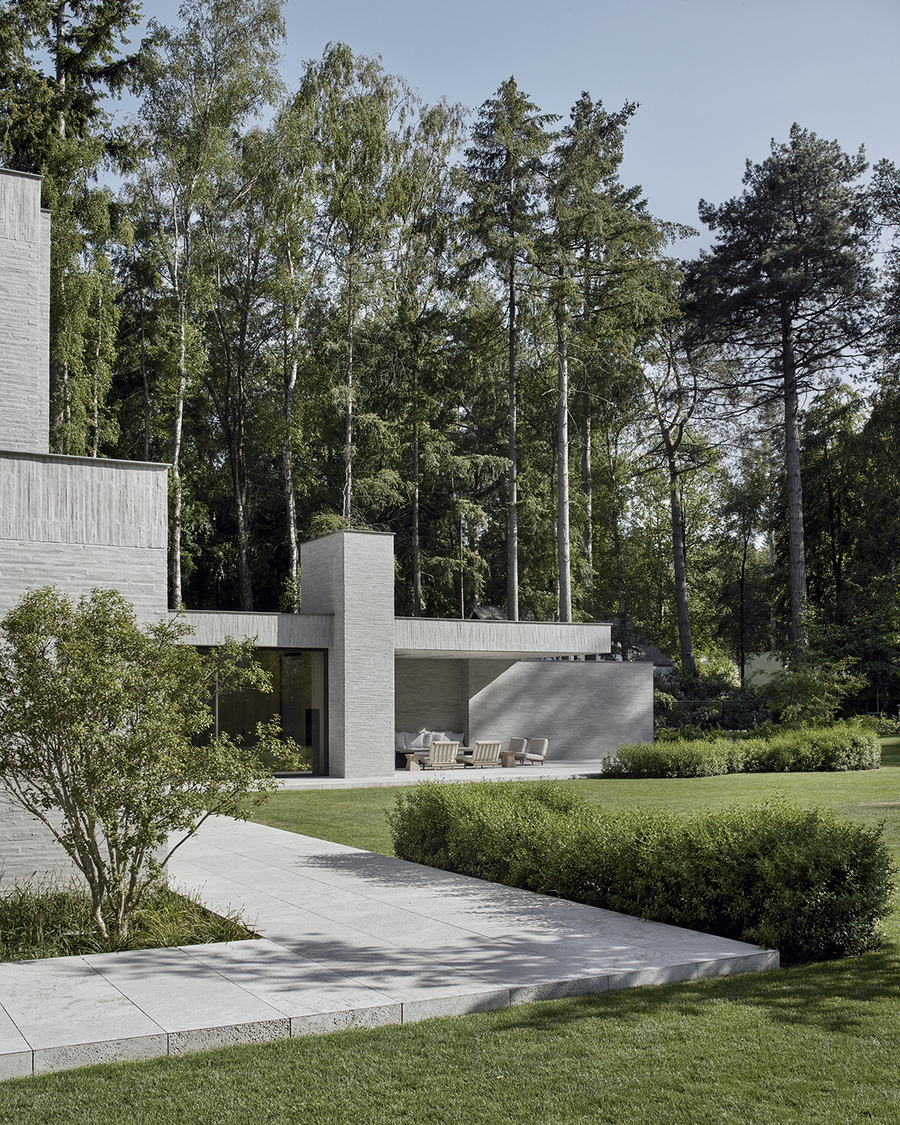 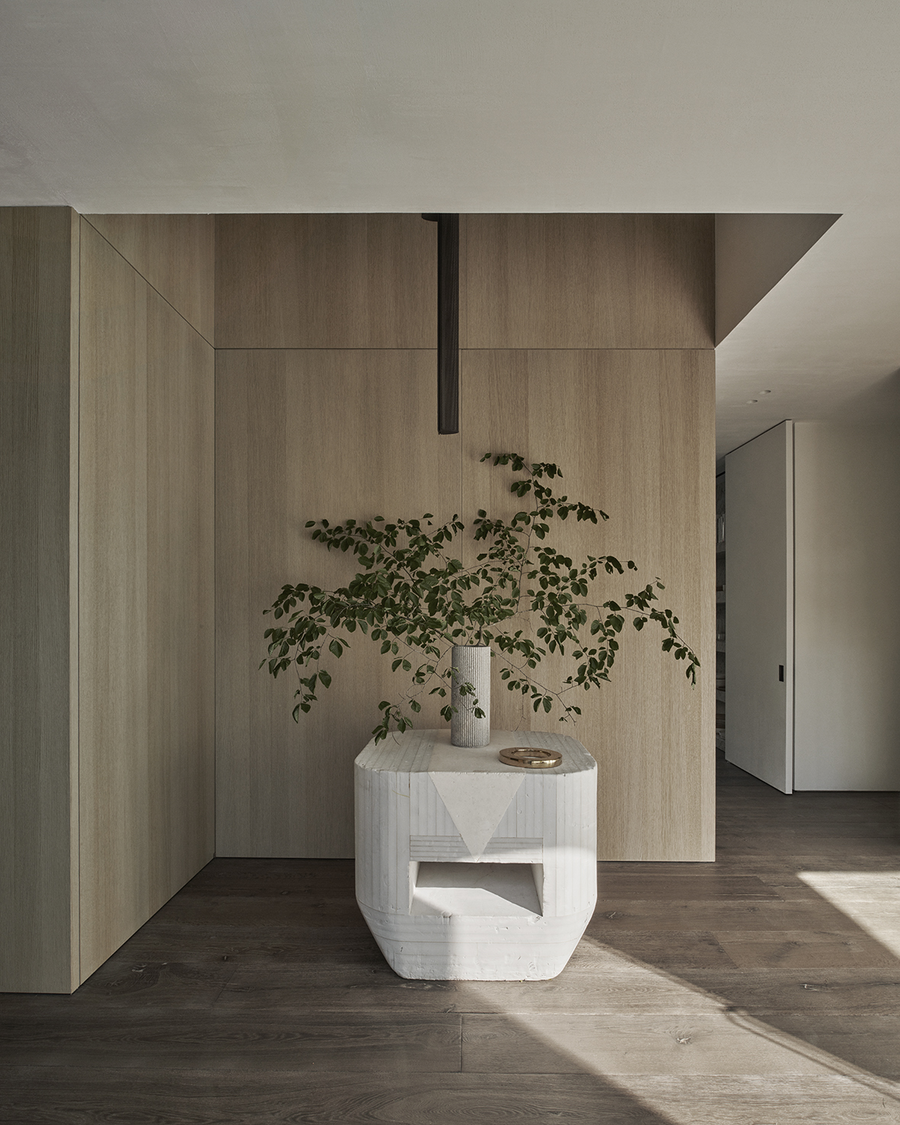 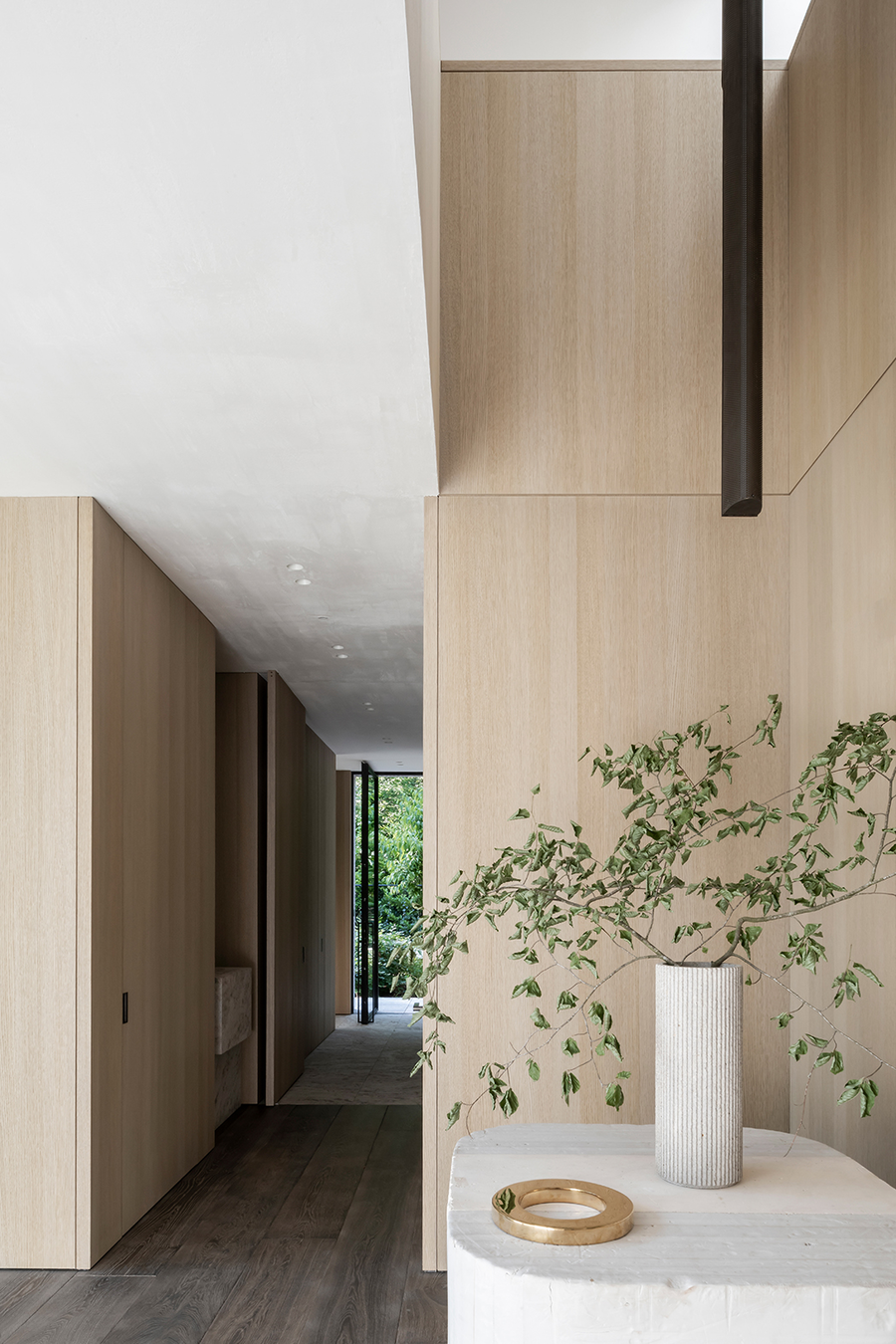 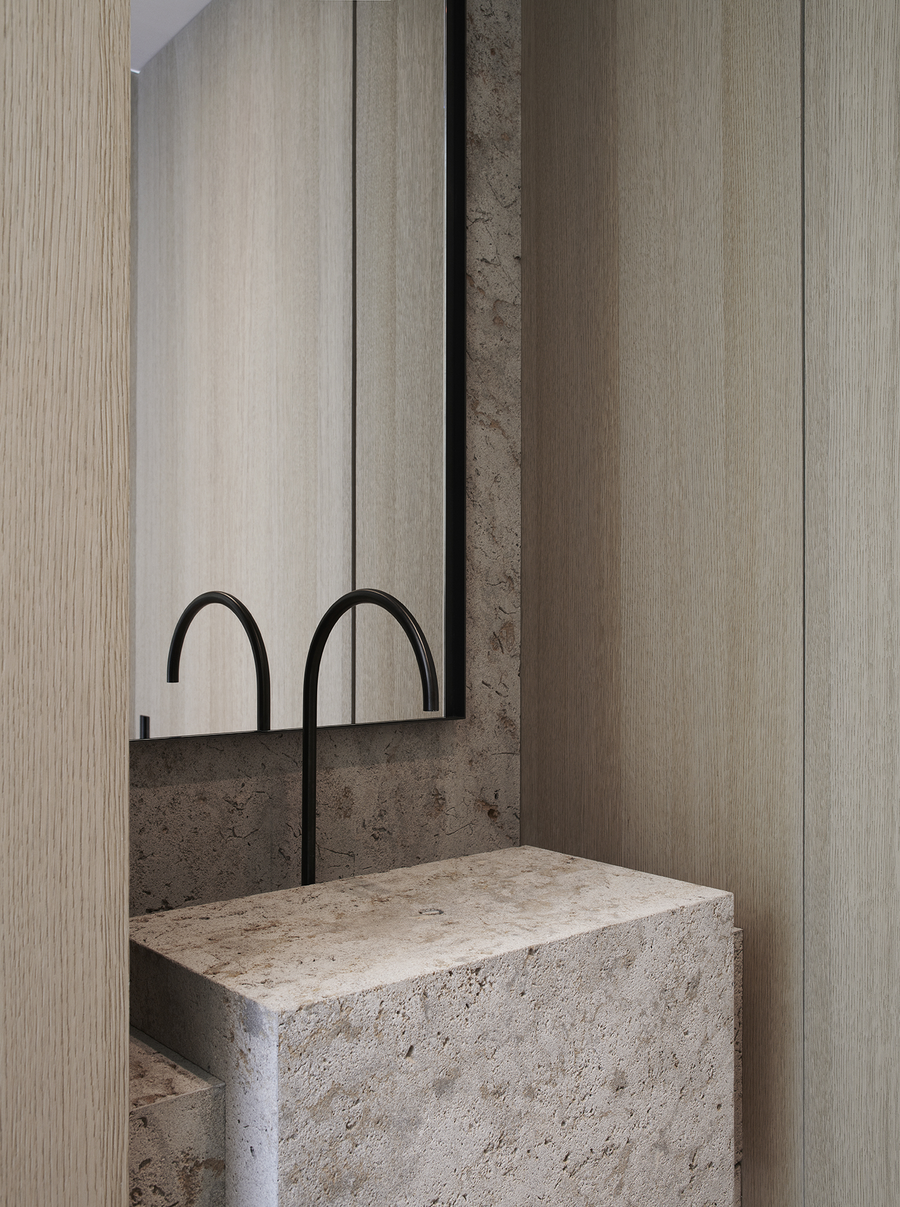 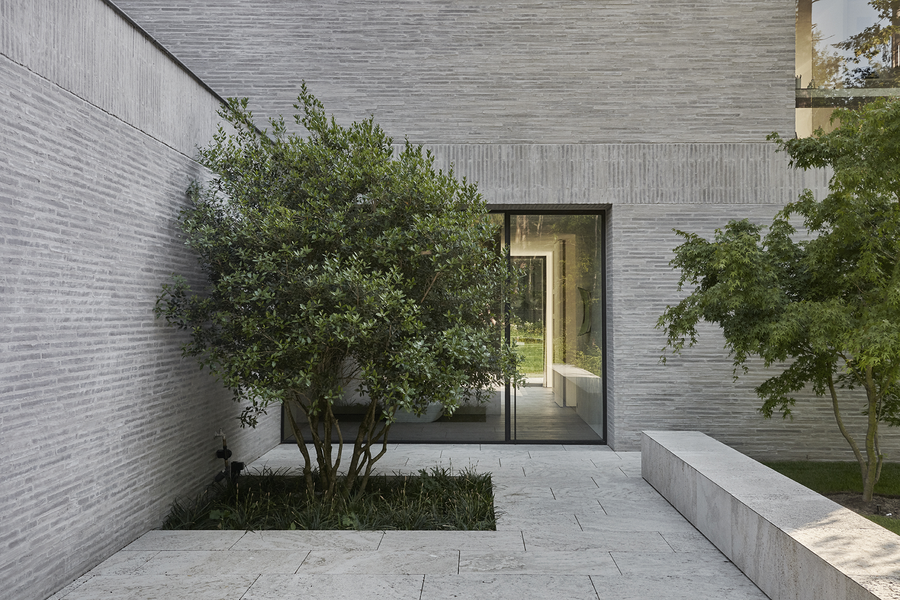 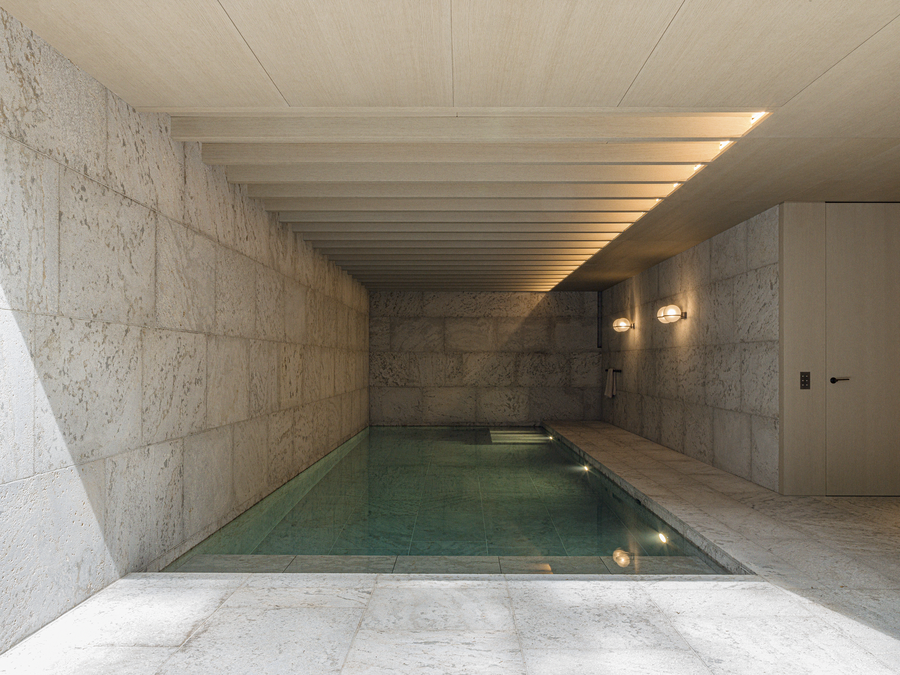 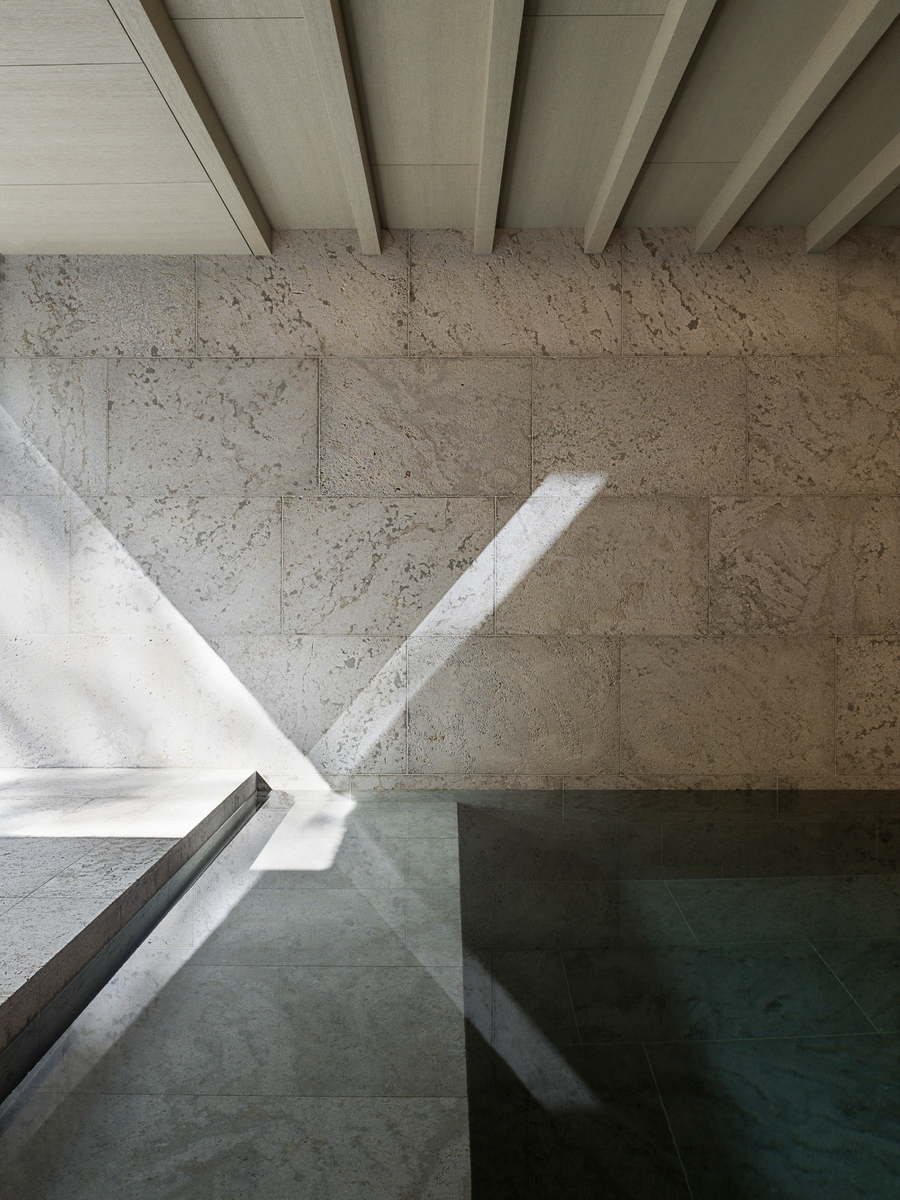 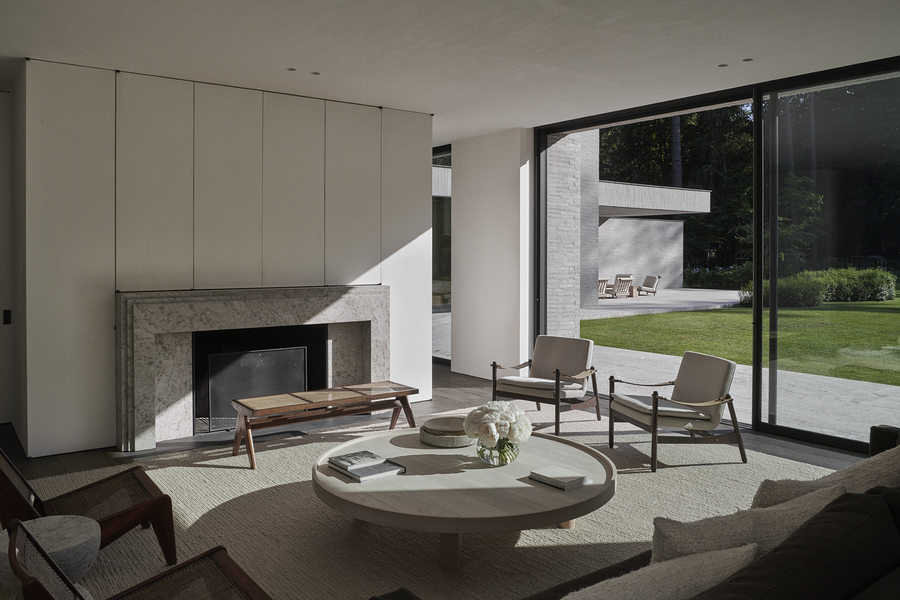 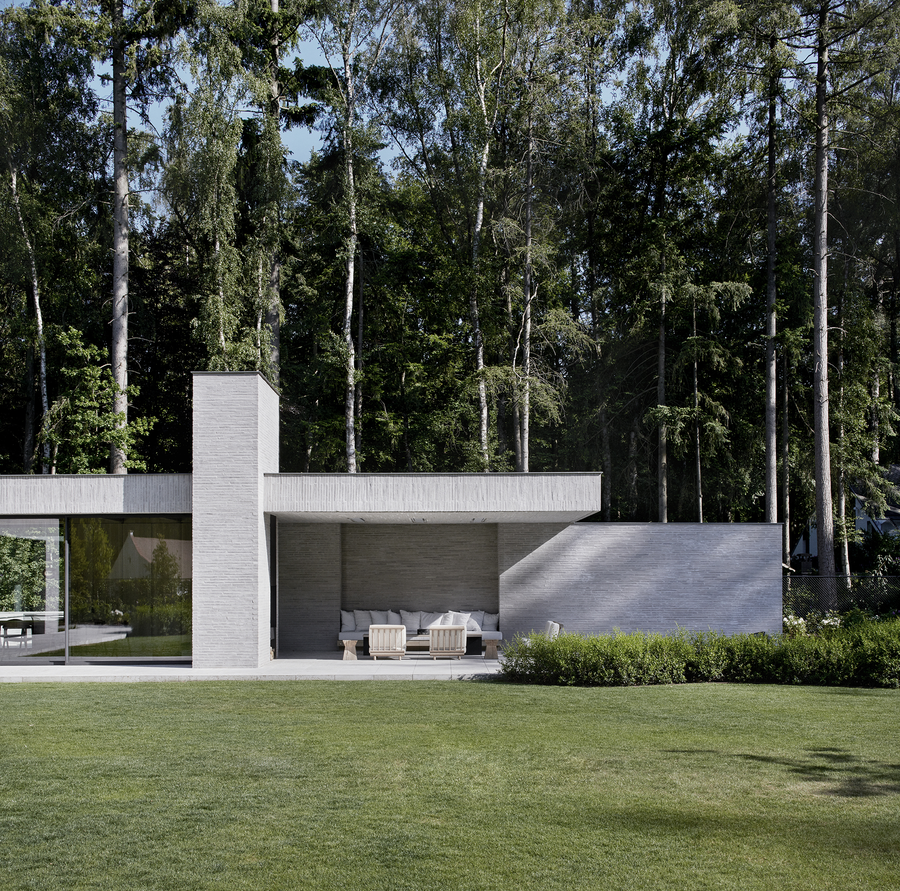 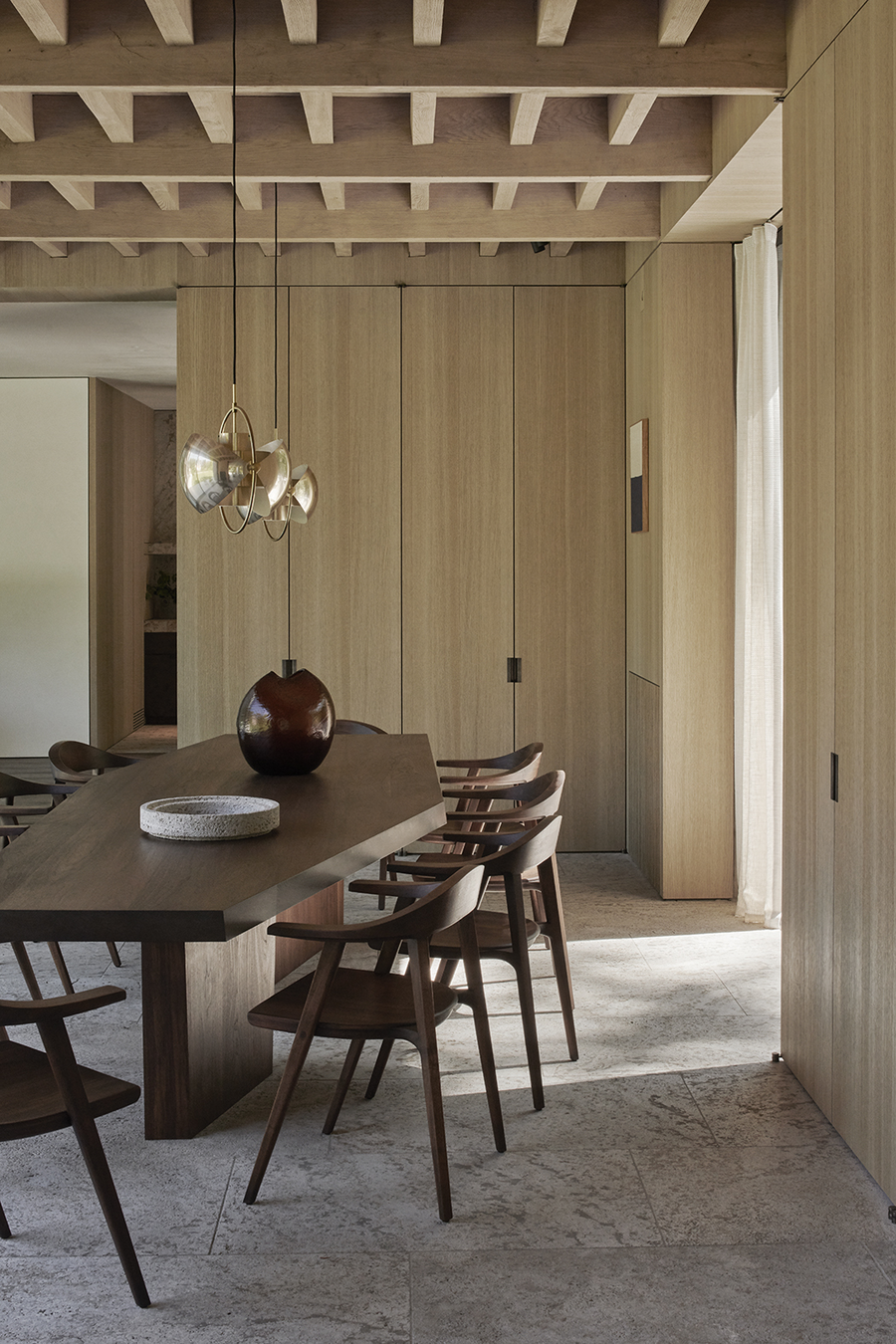 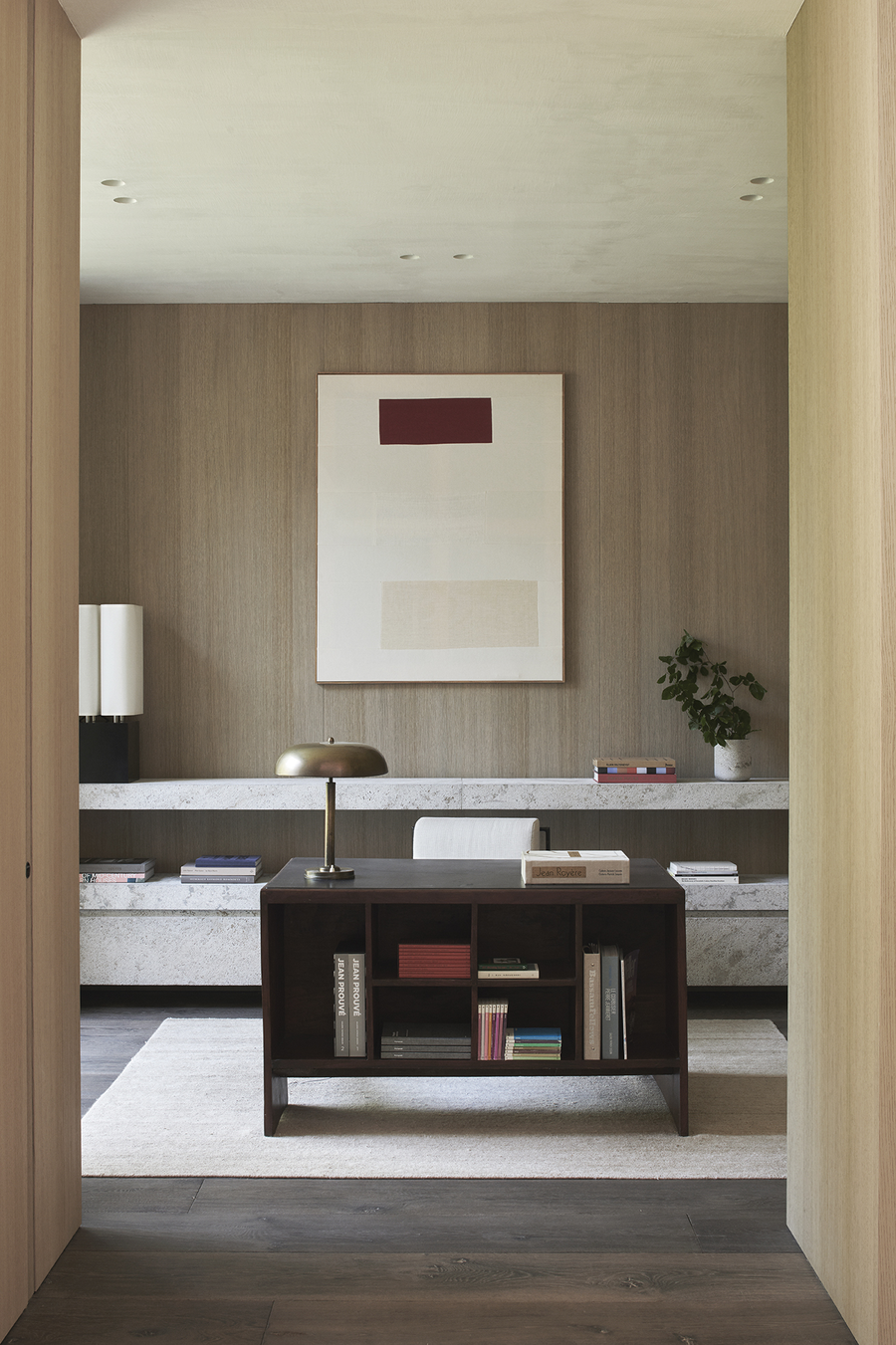 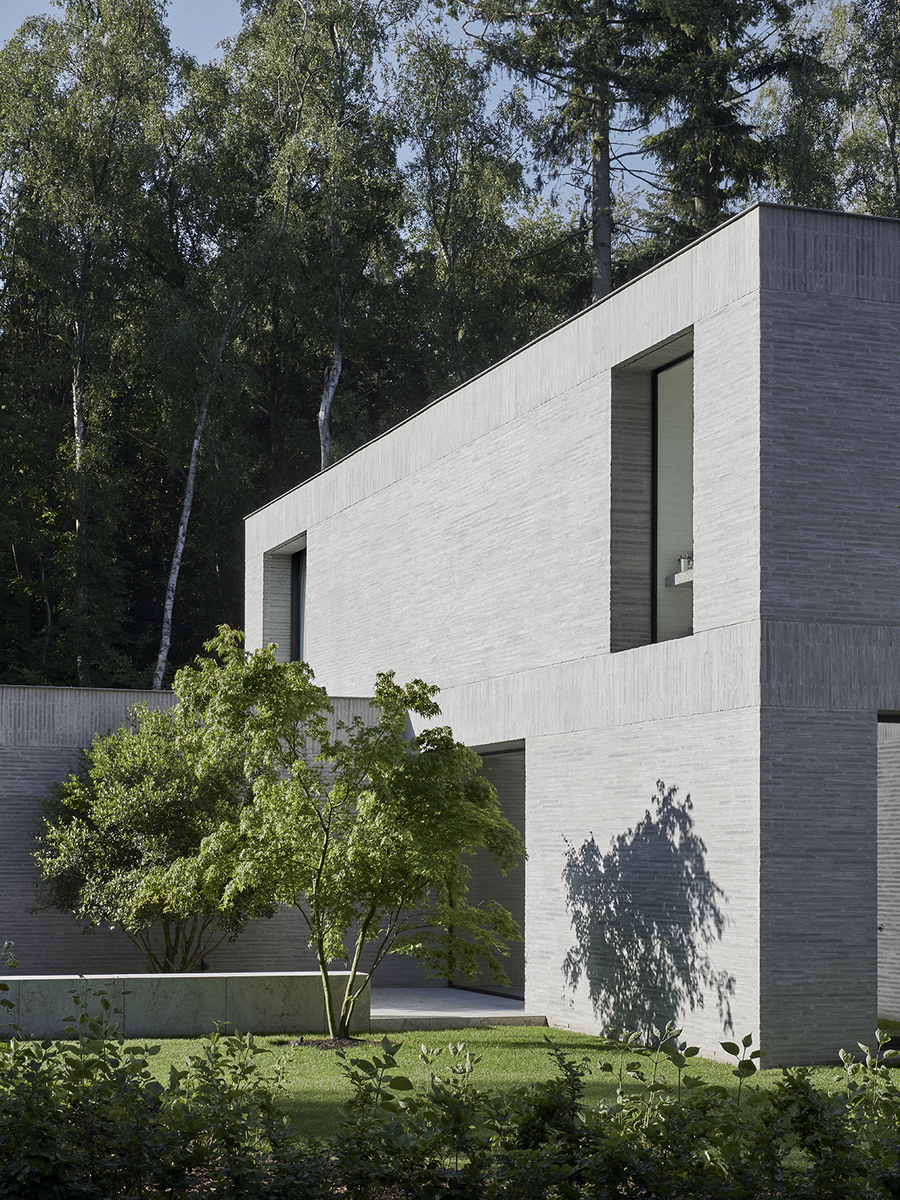 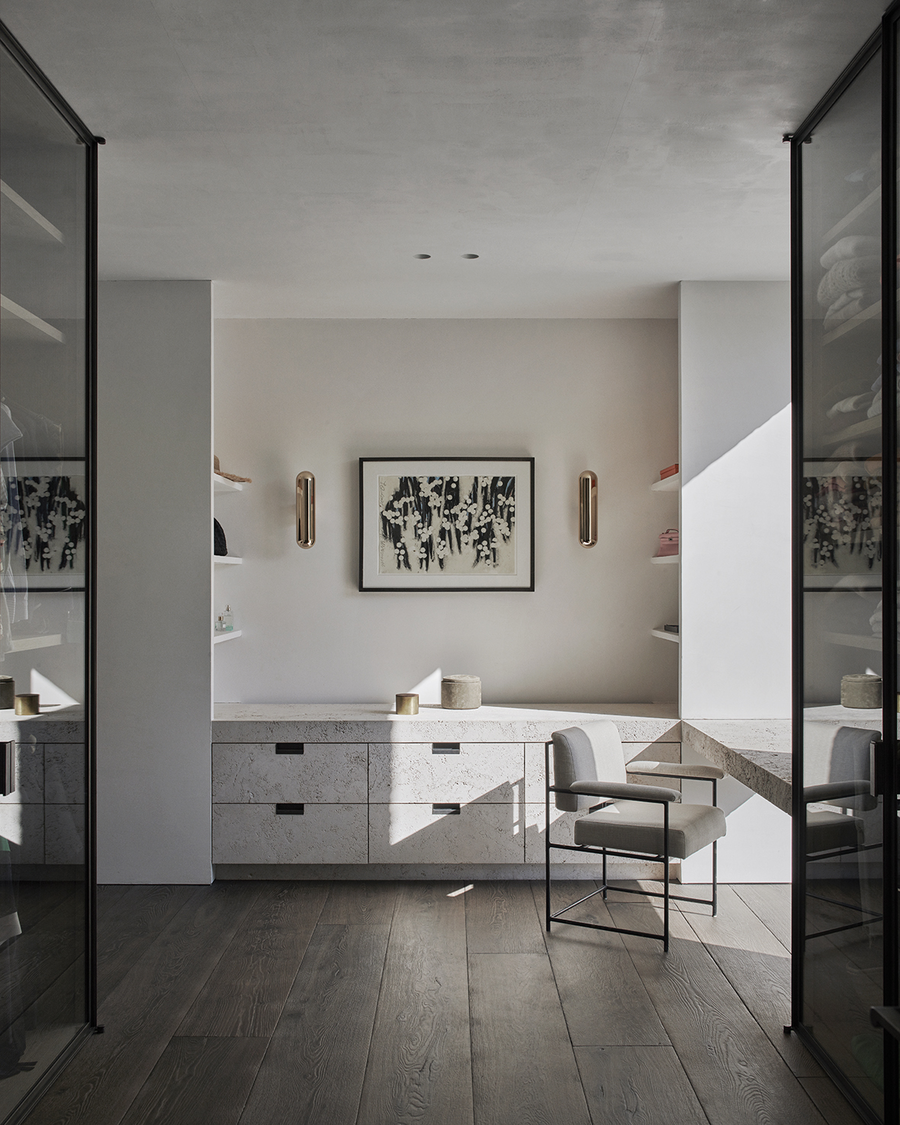 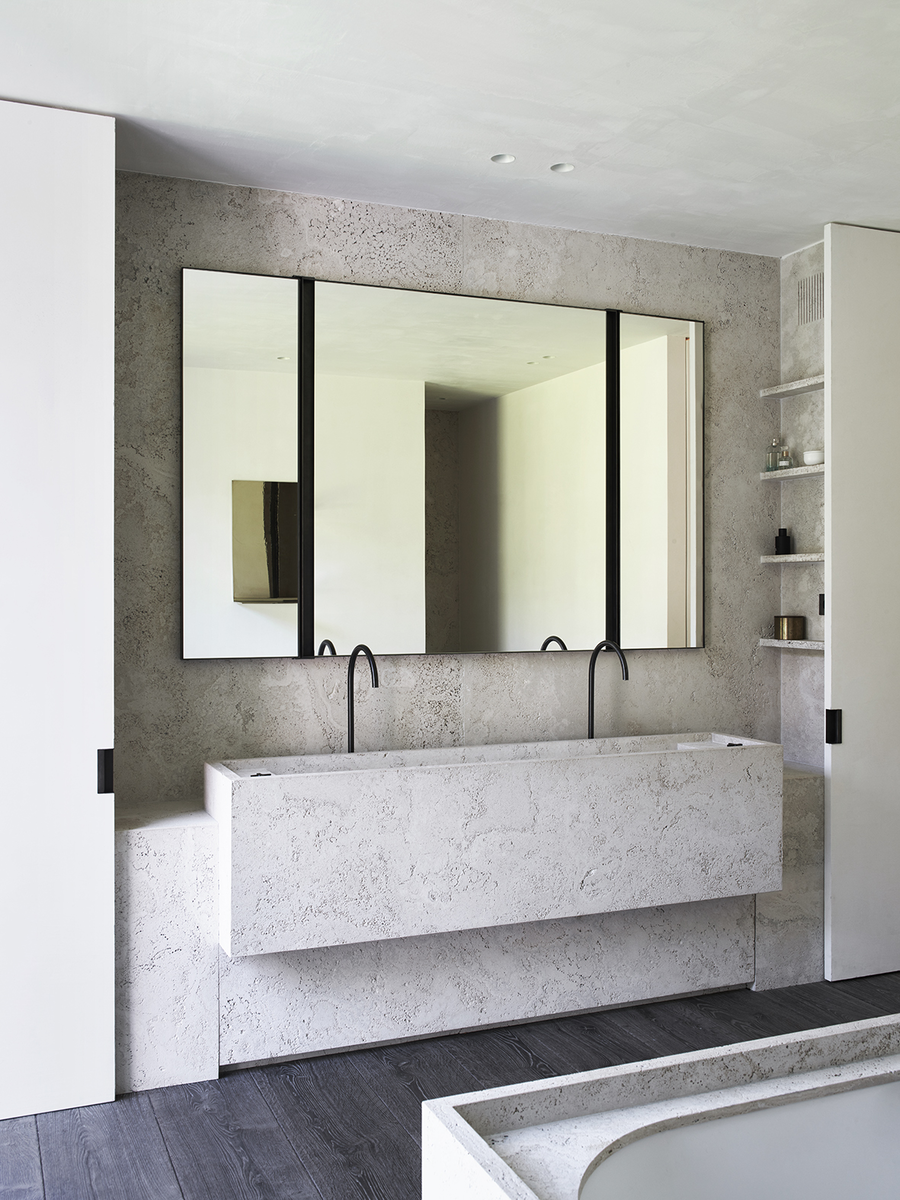 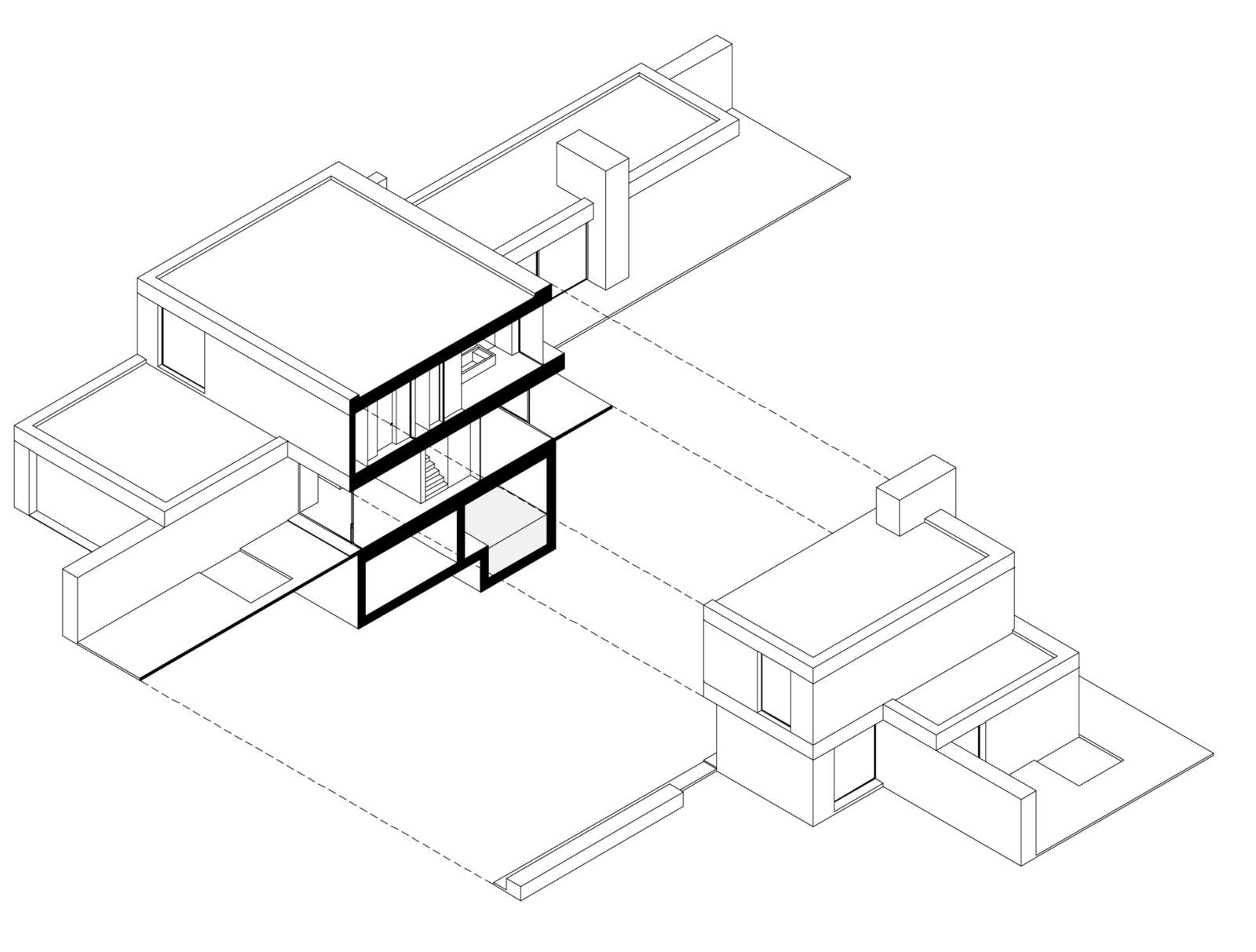 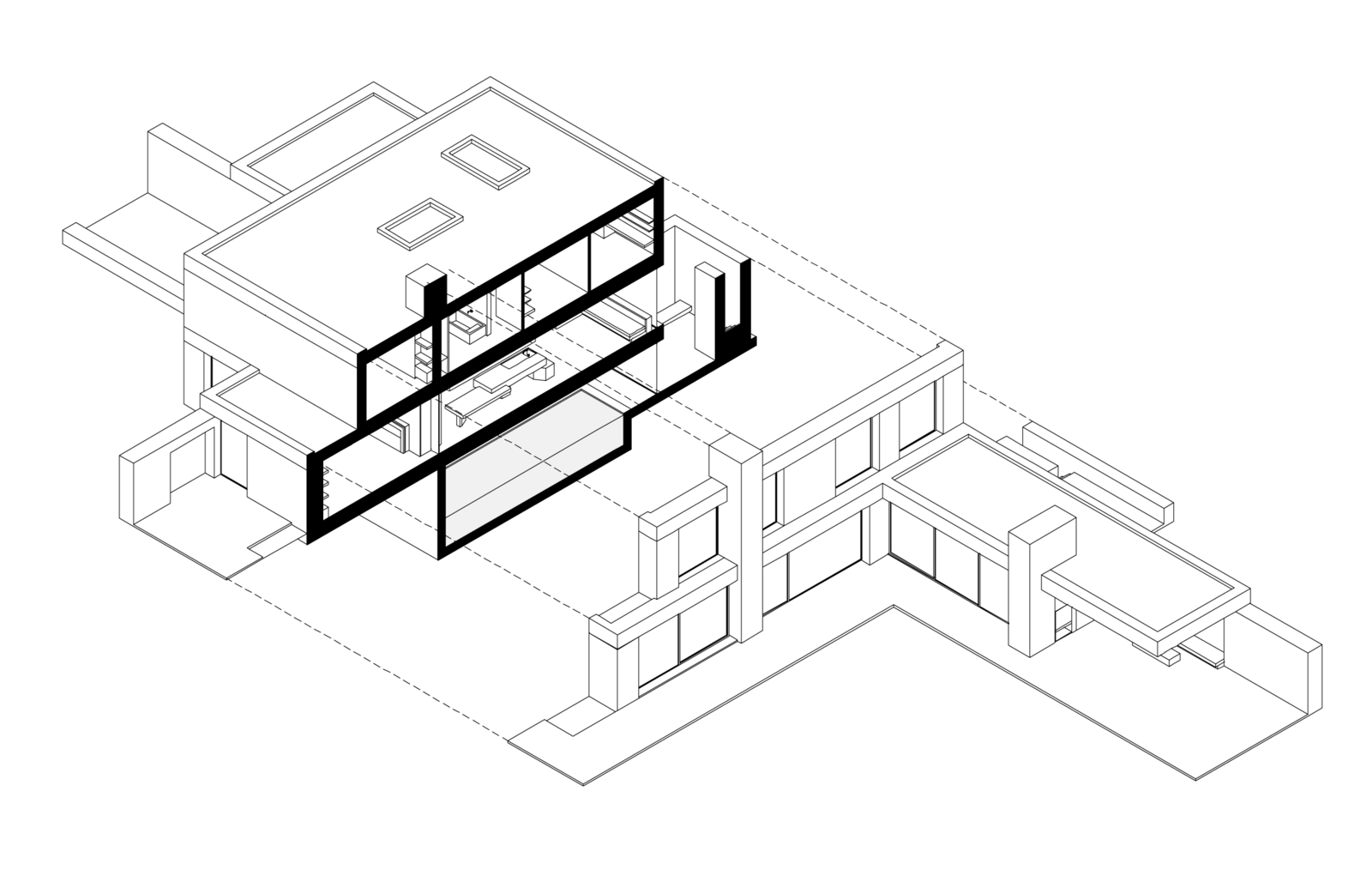 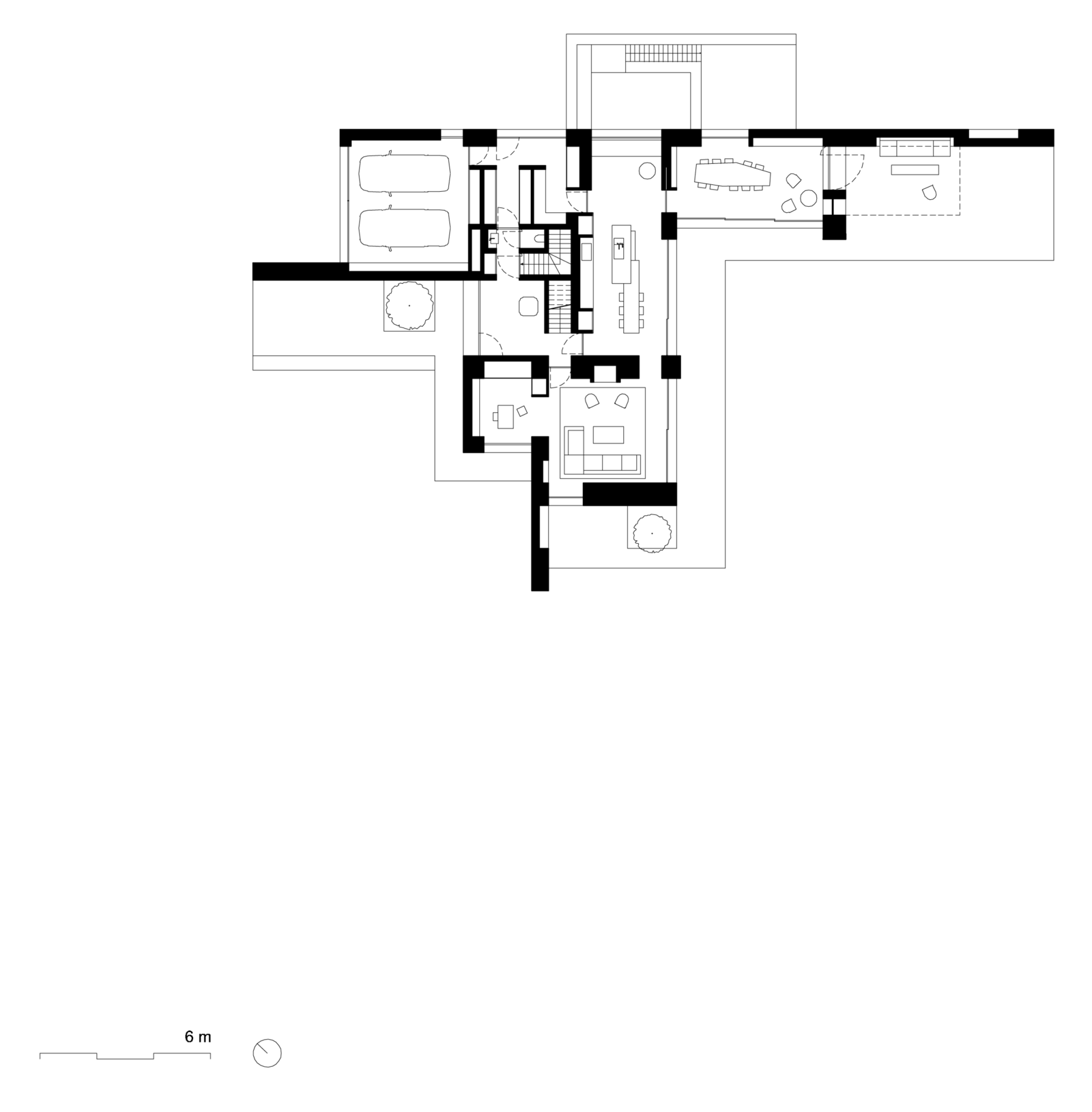 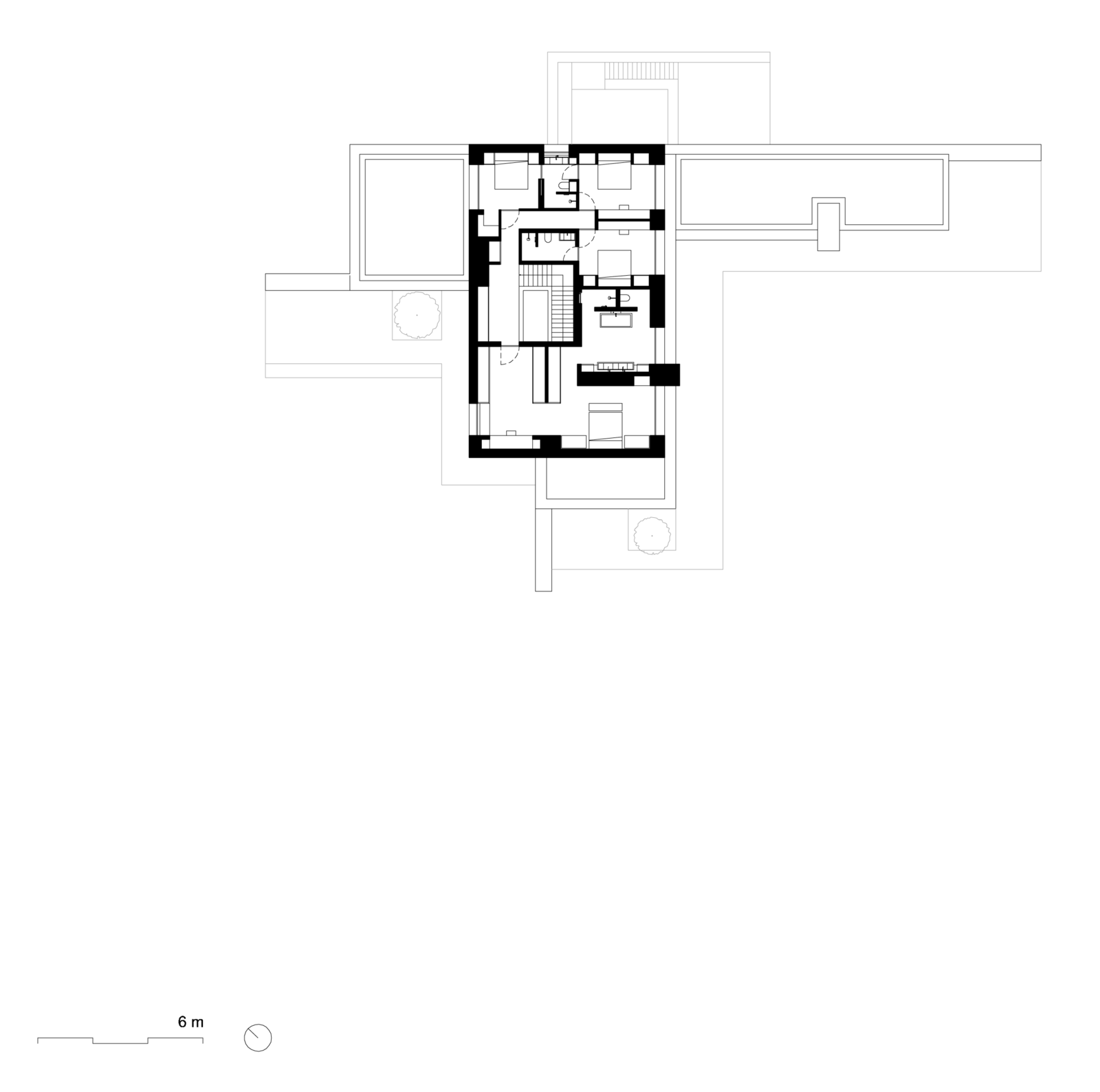 I received a call a few years ago from Thomas Ostyn, the third-generation generation owner of the company Obumex, a Belgian company specialized in high-end millwork and especially renowned for their kitchens. They regularly worked together with distinguished architects, including Joseph Dirand and John Pawson. Our work relationship started in a slightly awkward way, when we declined to work on the renovation of a house on the Belgian coast which did not speak to us, making it impossible for us to achieve an interesting result there.
I didn’t hear anything from Thomas for a year after this initial exchange. He later called me with the news he had bought a plot of land in Bruges, practically adjacent to the place where I had gone to boarding school, and suggested a kind of partnership: I would do the architecture while Obumex would work hand in hand with us on all the details of the millwork and finishes, to make a kind of showplace for his company. For an architect, Thomas Ostyn is not your average client: his level of commitment to his company is very high, his positive energy is uncommon, and issues gets solved very quickly.

This collaboration between us was special in many ways, and it was the first time we would work at this level with a client and his company, where the client also played the role of the interior contractor. Thomas and his wife Julie have three young children, and the house needed to contain and absorb their energy while not putting bounds on it. The surroundings were also challenging: woodlands dense with pine trees. There was something a bit dark and slightly gloomy about the landscape, which was also my strongest association with the area from my days of boarding school. The most important thing was to bring in light and create a sense of openness in this place: But how to do this?

We pushed the house as much as possible to the back of the plot, which allowed us to create a larger, open garden in the front. The house itself is built in long gray brick. The material gives a certain solidity and robustness to the architecture, but it also allows it to blend with the natural environment, creating a timeless beauty: luxurious, but not in a showy way. We added texture and warmth inside with a limited palette of materials: Muschelkalk, sandblasted aged oak and metal. Given the countless possibilities at the Obumex workshops, it’s fairly remarkable that we managed to pare down the amount of materials.

Inside we settled on a very open design with a core living space that connects to all the rooms and allows for an easy flow through the space, even for a young family. We tried to optimize the use of furniture in the home to maximize circulation and to select works that would only be enhanced with the patina of touch and time, such as Pierre Jeanneret chairs, a Rick Owens console (holding vases designed by us), and custom furniture provided a platform for the clients to live, play, and entertain. There is no visual excess here, and we stayed true to our own taste, to the environment, and to the lifestyle of the family. What we created was the opposite of a showroom; ninety percent of the house is used ninety percent of the time. The family’s favorite spot in the house is a large table in the kitchen that brings them all together to eat, do homework, and sit and read.